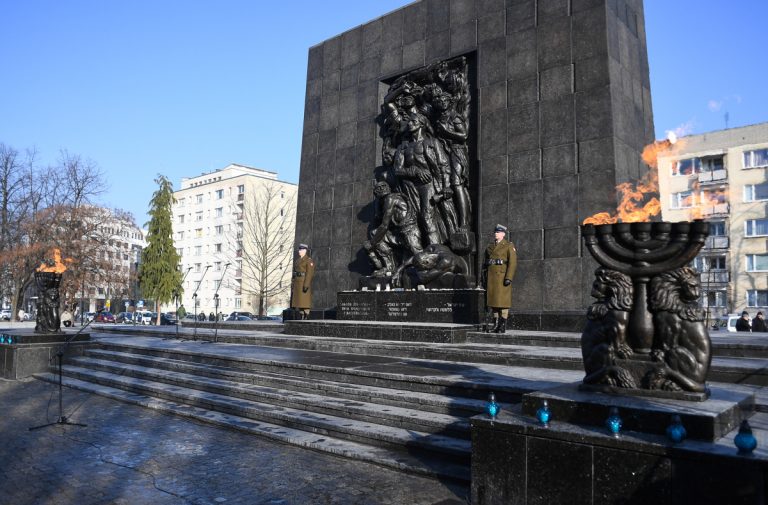 As part of her trip to Poland with the president, senior White House adviser Ivanka Trump honored the victims of the Holocaust and the memories of Poland’s Jewish community.

Accompanied by the Chief Rabbi of Poland, Michael Schudrich, Trump on July 6 laid a wreath at the Monument to the Ghetto Heroes. The memorial commemorates the 1943 Warsaw Ghetto uprising, when the remaining Polish Jewish population in Warsaw fought back against the Nazis. The uprising was unsuccessful, but it remains an important symbol of fighting back against oppression.

“It was a privilege to pay my respects and remember, with gratitude, those who tenaciously fought against all odds,” Trump said. “The monument, erected on the rubble of the Warsaw Ghetto, symbolizes the fight for freedom. I am profoundly grateful for those who fought and all those who continue to fight today.”

Trump is accompanying the president on his second international trip. The president visited Poland in advance of the July 7–8 meeting of the world’s 20 largest economies, held in Hamburg, Germany.

In his July 6 speech to the Polish people, President Donald J. Trump honored the “vibrant Jewish population — the largest in Europe — [which] was reduced to almost nothing after the Nazis systematically murdered millions of Poland’s Jewish citizens, along with countless others, during that brutal occupation.”

“We salute your noble sacrifice and we pledge to always remember your fight for Poland and for freedom,” President Trump said.