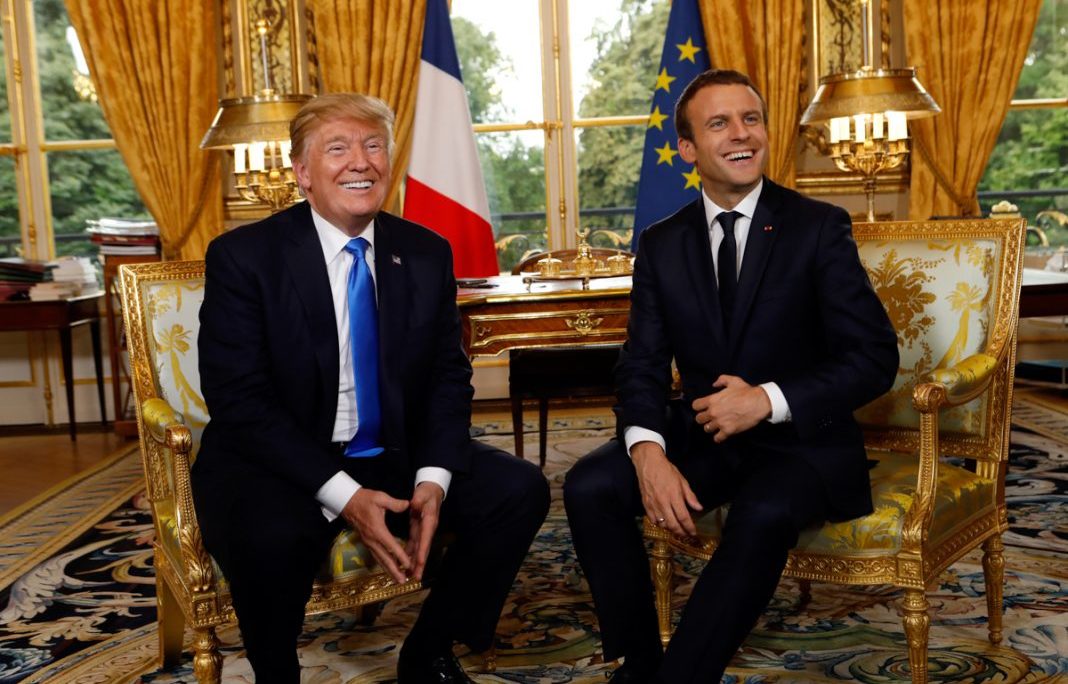 The United States and France “are forever joined together by the spirit of revolution and the fight for freedom,” President Donald J. Trump said after meeting with French President Emmanuel Macron on a trip to celebrate France’s national day.

Bastille Day is the French national day, commemorating the storming of the Bastille prison, which is often considered the start of the French Revolution. The revolution overthrew the French monarchy and established the French Republic. The holiday celebrates the values of liberty, equality, and brotherhood, which were championed during the revolution.

“When the French people rose up and stormed the Bastille, it changed the course of human history,” President Trump said.

“France is America’s first and oldest ally,” President Trump said. “Ever since General Lafayette joined the American fight for independence, our fates and fortunes have been tied unequivocally together.”

To celebrate the historic relationship, President Trump and First Lady Melania Trump were the guests of honor at the annual Bastille Day ceremony on the Champs-Élysées. This year’s ceremony featured U.S. soldiers, sailors, airmen, and Marines to commemorate the 100th anniversary of the United States’ entry into World War I.

“We remember the tens of thousands of Americans who gave their lives in that valiant and very difficult struggle,” President Trump said.

During his visit, President Trump met with Macron to discuss the conflict in Syria and their collaboration on counter-ISIS and counterterrorism issues. President Trump also visited the tomb of Marshal Ferdinand Foch, who was the supreme Allied commander at the end of World War I; the French national military museum; and the tomb of Napoleon.