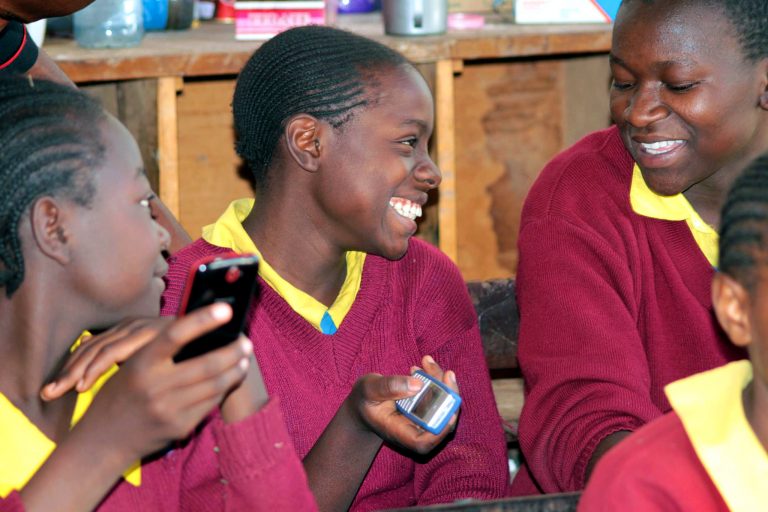 In 2009, Steve Vosloo, a learning specialist, launched Yoza Cellphone Stories in South Africa to allow students to read and comment on stories and poems on their mobile phones. Similar projects that have launched in the region in recent years include:

The service, which has 15 staffers and 40 freelance teachers, delivers interactive content aligned with the national syllabus. Students and teachers can subscribe to it via different platforms, including basic cell phones. Some of its heaviest users are in remote parts of the country.

Eneza is a for-profit company that charges the equivalent of 50 cents (U.S.) for a monthly subscription to its materials. Maraviglia says the company has enjoyed a sixfold increase in the number of subscribers (now 860,000) in three years.

“Being a for-profit was the best decision we’ve ever made,” she says. By offering equity in the company, Eneza Education has attracted venture capital and talent. (The company is not profitable yet.)

Through the Girl Effect Accelerator, the founders of Eneza have learned from fellow entrepreneurs in Africa and mentors in America. Initially focused on schools, Maraviglia realized Eneza could grow much faster selling directly to students and their families. Long-term, it hopes to reach 50 million users across Africa.

“We are really looking to be huge,” Maraviglia told BBC News in 2015.