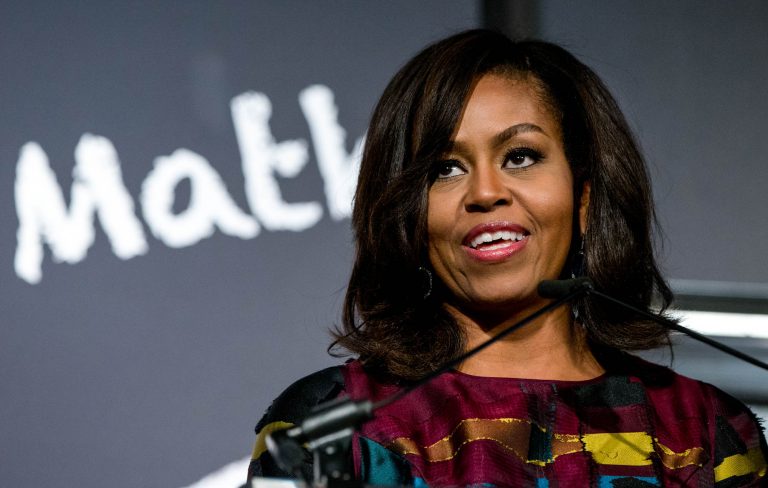 KAKATA, Liberia — Former first lady Michelle Obama visited a leadership camp for girls in Liberia to launch her latest Africa visit, urging the teens in one of the world’s poorest countries to keep fighting to stay in school.

With her own teenage daughters joining her, Obama told the girls she was “just so thrilled to be here with you.”

“I’m here to shine a big bright light on you,” she said.

Education for girls is the central theme of the first lady’s trip, which also includes stops in Morocco and Spain.

In connection with the first lady’s visit, USAID announced up to $27 million in Liberia programming for the Let Girls Learn initiative.

The Obamas were welcomed in Liberia’s capital with a red carpet and traditional dancers wearing the red, white and blue colors of both the American and Liberian flags.

The former first lady is traveling with her mother and daughters Malia, 18, who recently graduated from high school, and Sasha, 15.

The country was founded as part of an effort to resettle freed American slaves and has deep ties to the United States. The country’s oldest vocational secondary school, located in Kakata, is named for African-American civil rights activist Booker T. Washington.

The school suspended mid-term exams scheduled to start June 27 “to allow the students to give Mrs. Obama a rousing welcome to appreciate what the United States has done for us,” principal Harris Tarnue said.

“She will be a real inspiration to the young girls around here,” he said.