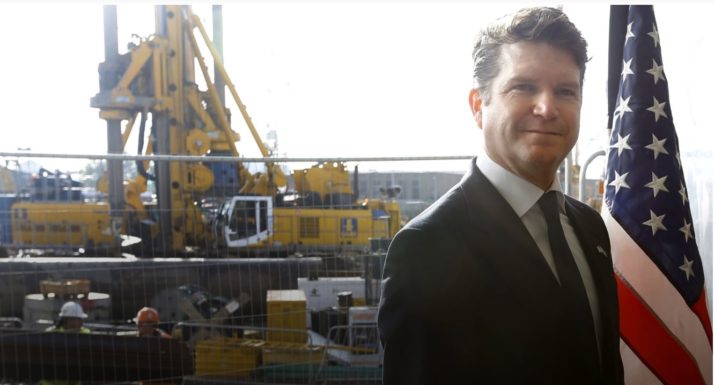 The life of an ambassador is a busy one. Being the lead representative of a nation, negotiating policy, hosting visiting dignitaries, and staying on top of the local politics is a 24/7 job.

U.S. Ambassador to the United Kingdom Matthew Barzun understands this. While maintaining the special relationship with his host country and preparing for a visit from Former U.S. Secretary of State John Kerry, Ambassador Barzun had time for an interview with Buzzfeed’s Jim Waterson in a record store in London’s Soho neighborhood.

Ambassador Barzun discusses everything from his love of indie rock ‘n’ roll — “Churches, I love Chruches … The Feelies, The Fall … I do love the early, mid-’90s” — to his perceptions of Former President Obama — “incredibly smart, principled, and pragmatic. Humble, learns from his mistakes, moves on.”

The Transatlantic Trade and Investment Partnership (TTIP) is on Barzun’s mind these days. He tells Buzzfeed, “If you think about back home, we have high consumer standards, labour standards, hygiene standards. We have the opportunity with TTIP to set really high standards across the world.”

The Buzzfeed piece makes clear that, to Barzun, diplomacy is much more than meetings and state dinners. Some of Barzun’s colleagues are finding creative ways to talk about TTIP in other parts of Europe. Check out some of the cool stuff these U.S. ambassadors are doing.