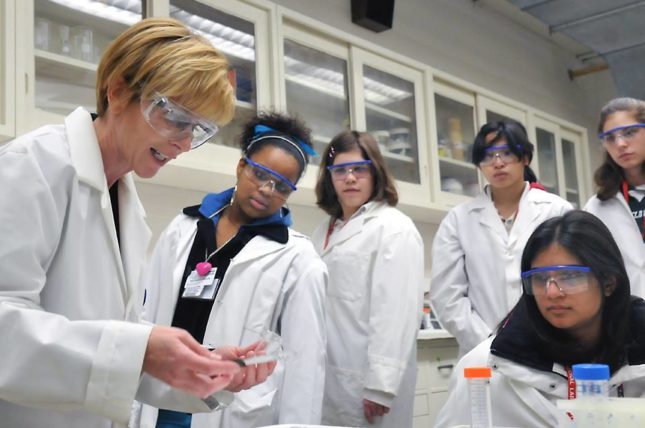 People who have participated in exchange programs at U.S. colleges often go on to do amazing things. Their talents, combined with their early international experience studying at an excellent U.S. college, have helped several to eventually become ambassadors to the United Nations or heads of international organizations. Several exchange program graduates have won the Nobel Prize in fields including literature, economics, physics, chemistry and medicine.

In honor of the 75th anniversary of the State Department’s Bureau of Educational and Cultural Affairs, here is a list of some former program participants who went on to lead their countries.

Margaret Thatcher, among the longest-serving prime ministers of the United Kingdom and the only woman to have held the position, participated in a bureau exchange program in 1967.

Ashraf Ghani is the current president of Afghanistan and a previous Fulbright-Hays scholar (1985). Foreign Policy and Prospect magazines named him one of the world’s top 100 intellectuals, and he is known for working to bring his country out of an economic slump after the collapse of the Taliban government.

Garry Conille, former prime minister of Haiti and the youngest prime minister under the country’s current constitution, participated in the Fulbright program in 1998.

Kolinda Grabar-Kitarović, president-elect of Croatia, was a Fulbright scholar from 2002 to 2003. She is the first woman president of Croatia and the first woman to be appointed assistant secretary general of the North Atlantic Treaty Organization (NATO).

Catherine Samba-Panza, interim president of the Central African Republic and an exchange program alumna from 2009, was a respected mayor in the capital. She promotes women’s rights in her country.

Follow in their footsteps. Apply for a Fulbright scholarship or other exchange program.