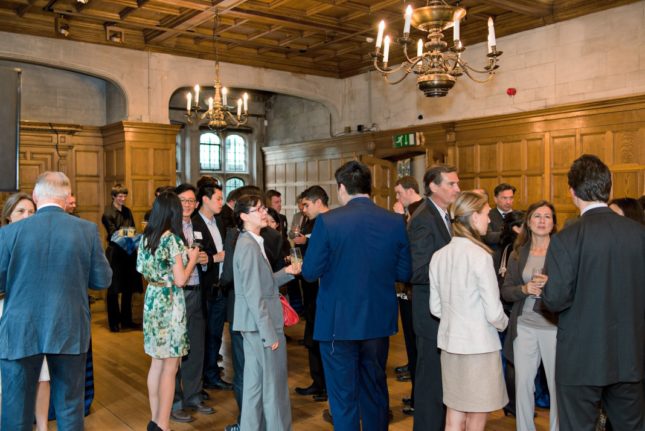 Every month, former students of the University of Texas at Austin meet to listen to an expert speaker or cheer on the school’s football team. Recently, the group started an annual Texas-style barbecue to raise money to send promising local young people to study at their alma mater.

This alumni club is not meeting in the U.S., but in Mexico City.

The more than 1,000 Mexican alumni in that city feel strongly that the University of Texas brought “changes in their lives that have been very positive,” said Ron Nicholas, the club’s president.

As enrollment by international students has grown, institutions have encouraged graduates to form alumni clubs in their home countries. “Just because they’re further away, that doesn’t mean they don’t want to engage with their alma mater,” said Tim Taliaferro, spokesman for the Texas Exes, the university’s alumni network.

The University of California at Berkeley boasts about 25 alumni clubs in other countries and is in the process of approving a dozen new ones in Latin America, Europe and Asia.

“People come for business networking,” said Nicolas Tollet, an attorney who founded the UC Berkeley Club of France, “but also because they miss UC Berkeley and want to get to know one another.”

A global network of alumni

Alumni clubs are springing up around the globe. Abdullah I. Almojel, a vice president of the King Abdullah University of Science and Technology, near Jeddah in Saudi Arabia, earned a degree at George Washington University in Washington. Two years ago, he established the GW Alumni Club of Saudi Arabia. The club is a venue for socializing but also promotes academic cooperation between GW and Saudi Arabia. It just helped establish a new “blended” degree program in which students will split their studies between Jeddah and Washington.

“We are a social club that tries to benefit Saudi society by bringing the best from GW University to develop a better life for our people,” Almojel said.

Keep up with information about U.S. study at EducationUSA and learn more with other ShareAmerica stories on study in the USA.

This is adapted from an article by freelance writer Burton Bollag.